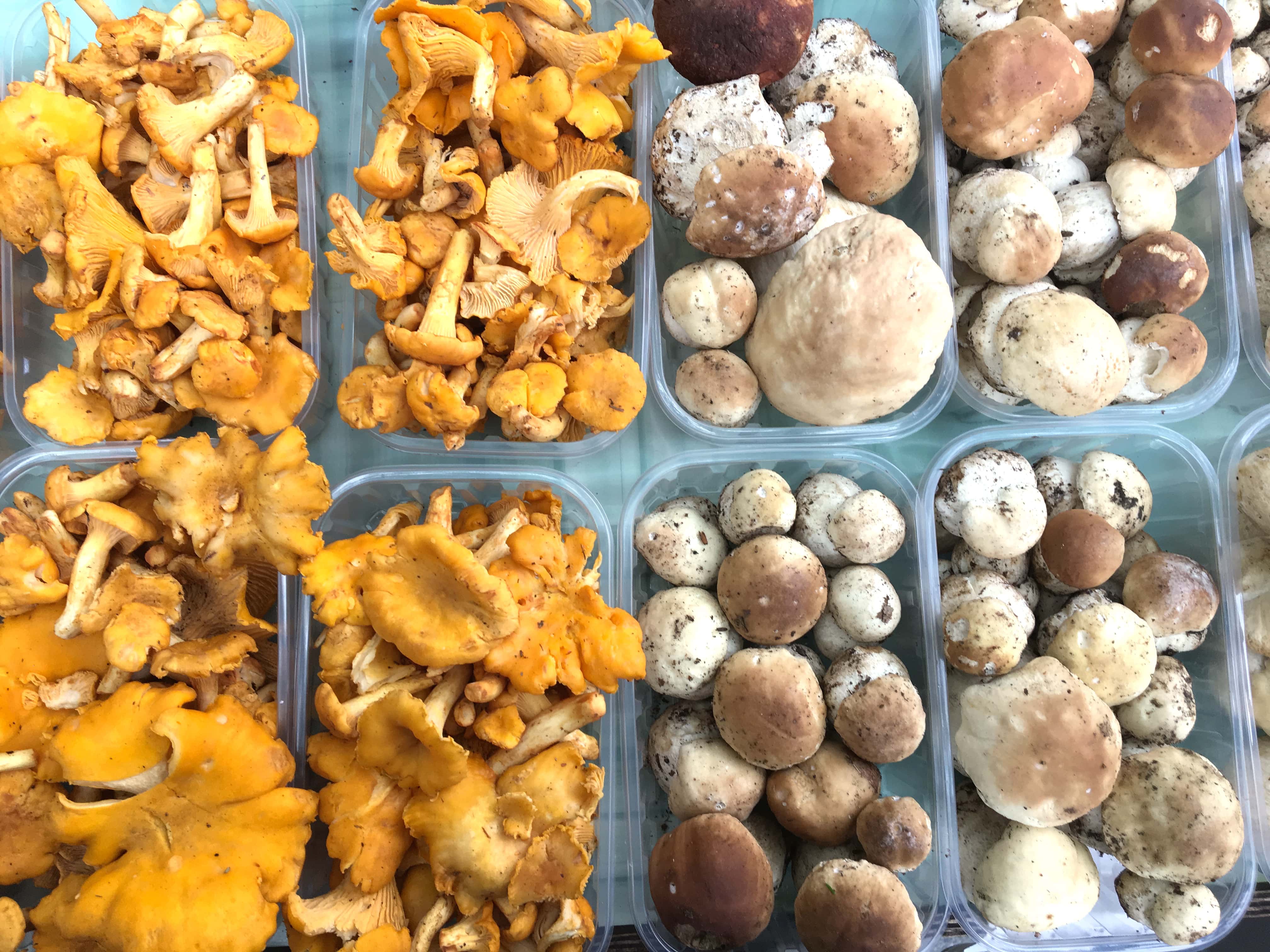 Slovenia is a small country in the middle of Europe. It is right next to north Italy, below Austria, west of Hungary and north of Croatia. The food is unique and amazing. Just consider this: Slovenia as a country of only two million people has 23 designated culinary regions!

Lipstick and Bread is currently in Slovenia researching local cuisine in order to find the perfect menu for a future cooking class.

While walking in the beautiful city of Maribor, the city with the oldest wine in the world, It was wonderful to see the fruits of autumn being sold by farmers on the square of liberation. Porcinni and chanterelle mushrooms in abundance, fresh and beautiful straight out of the forest.

The second world war monument in the middle of the square  is called Kojak by the locals 🙂 and underneath the square is the biggest wine cellar under any European city.

I created a new dish, one that is a rather surprising combination of Japanese and Slovenian cuisine. Nikkei cuisine, which blends Japanese with Latino flavors was an inspiration, but this of course is different. It has this amazing combination of middle /eastern European flavors with the matcha tea aromas. The dish turned out divine- everyone just loved it.

The preparation is simple, but the key is to find a gentle balance between all the ingredients.

What we need is:

Cut the chanterelle mushrooms in to smaller parts – not to fine. Saute finely chopped onion first on a mix of butter and olive oil. Once translucent add the mushroom with some salt and pepper and soften them for some 5 minutes on small heat. Add finely chopped parsley and sour cream. You want a creamy consistency but the cream should not overpower the rest of the sauce, so use it sparsely.

In the mean time cook the matcha soba noodles. Usually they take just a few minutes, so time the process well as you want to use them immediately once cooked.

Put the noodles on a plate and cover with the sauce. The combination of the tastes is sublime as is the visual appeal of the dish. Slovenia says hi to Japan. 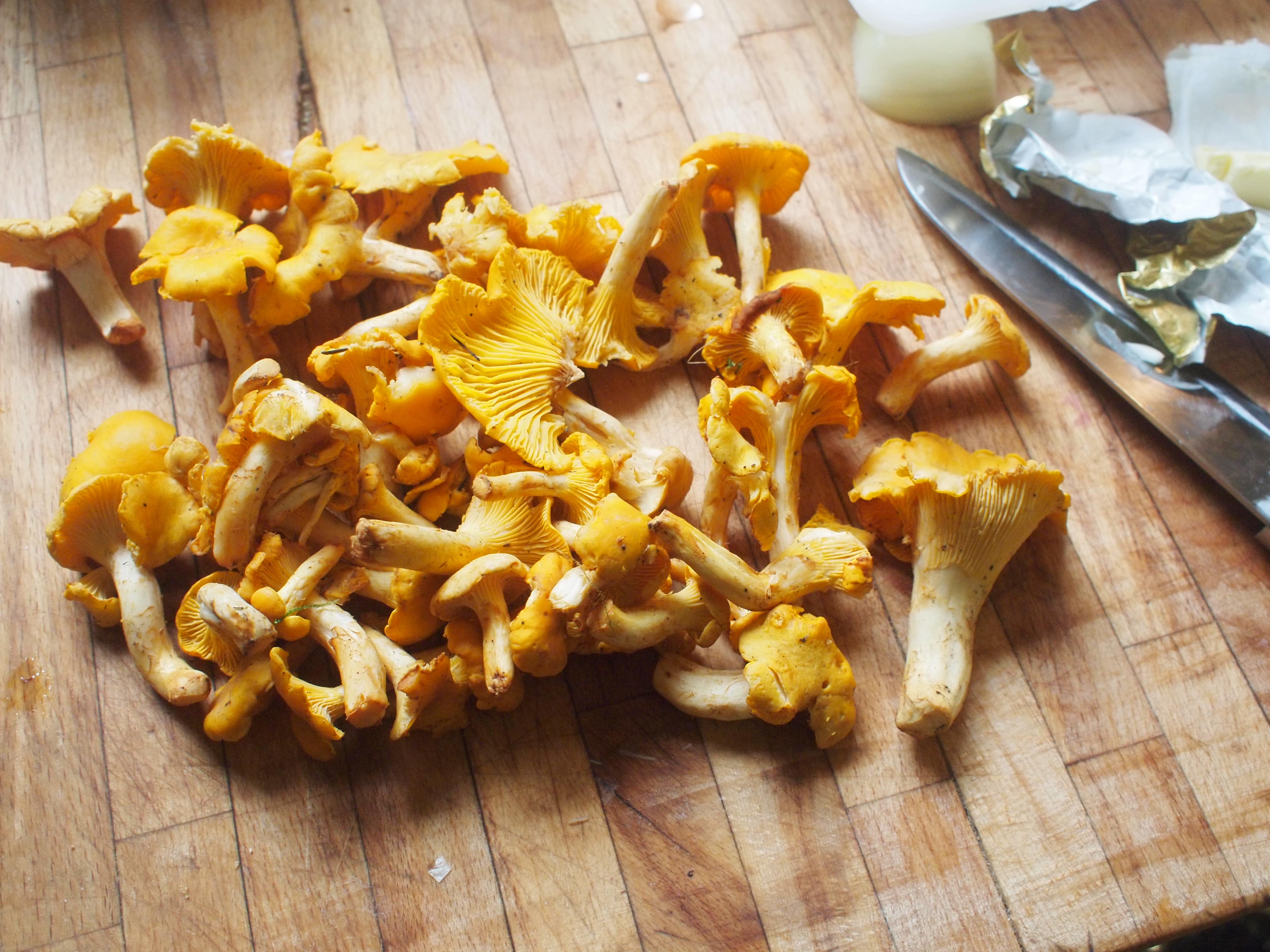 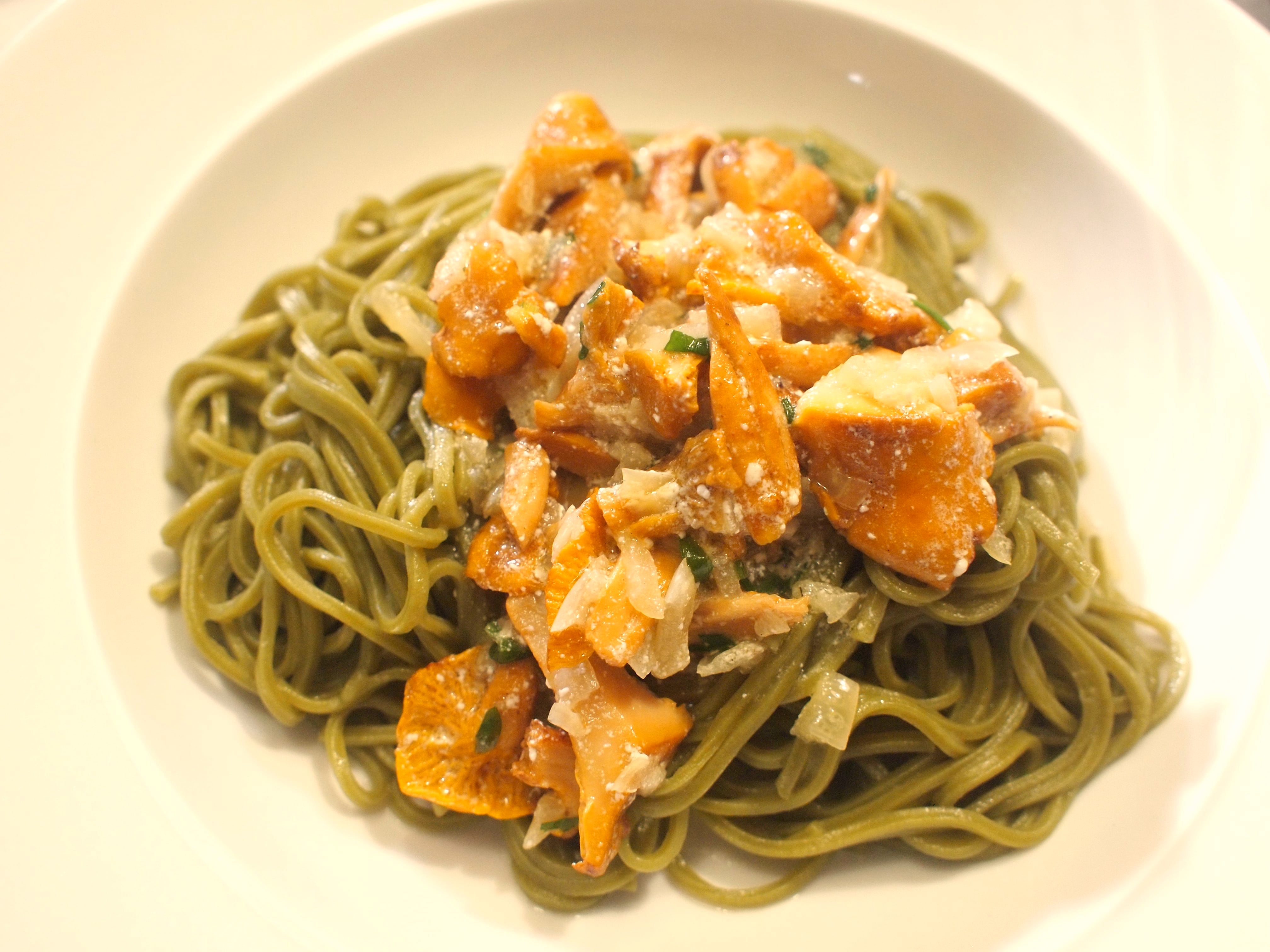