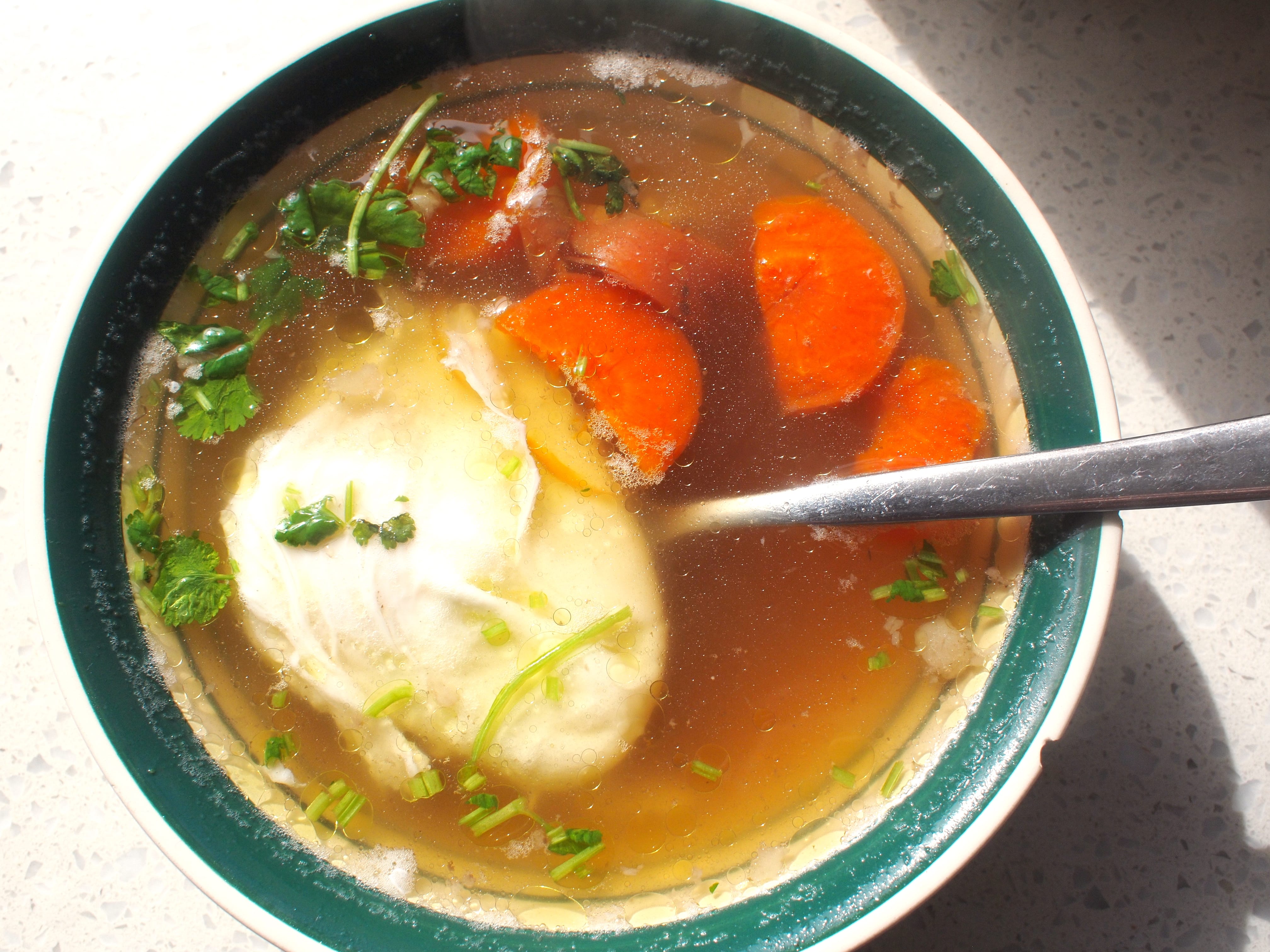 One of the most famous Slovenian dishes is a beef soup. Pretty much every Slovenian home cooks it, especially for weekends and even more so in the winter months. Japan has Ramen, Slovenia has ‘beef soup’. It is also a must have in taverns around Slovenia, usually served with thin noodles. A larger group would usually order it together with a mushroom soup and people would eat a plate of each- just for the start of the meal.

Cook it in a large pot. There are only few ingredients, but they work magic once used together in the right way. Use oso bucco, so meat and the bones of course included. Add whole onions with peel, lots of carrots, salt, black pepper, bay leaves, flat parsley leaves. (You could also use the root of parsley) Now cook the soup for 3-10 hours, simmer it slowly with the lid on the pot. Skim the foam from the surface every once in a while. The soup should be clear.

In time you will figure out the balance between the tastes of the ingredients and you will know exactly how much of which ingredient you want to use. After it has simmered for a long time add salt and pepper to taste. You could use some very thin noodles or you could thinly slice a pan cake and add it to the soup. This is delicious.

This Melbourne version has two heavenly ingredients added: a poached egg and coriander. Add the egg straight into your plate. Then add some finely chopped coriander. Don’t use too much, it has a strong taste and should not overpower the rest of the ingredients. Thinly slice the cooked carrots and add them to your plate. You can also add some of the super soft, cooked onion. The poached egg will eventually make the soup creamier and is super comforting. You will find your own way how to eat it. And coriander gives the soup a hint of sharpness.

Our Slovenian friends are now debating – should we use coriander or not? “Noo, it will spoil the soup!” (Slovenians usually like traditions and are suspicious to change) “And the poached egg- it sounds good, it probably tastes good… but it is not in the original recipe”. Exactly, we just made a new version of the soup inspired by the eclectic food culture in Melbourne and it is very delicious. You should really try to make it. It will save you even if your neighbors have been playing Bon Jovi late at night, loud and were dancing to the music. This says a lot.